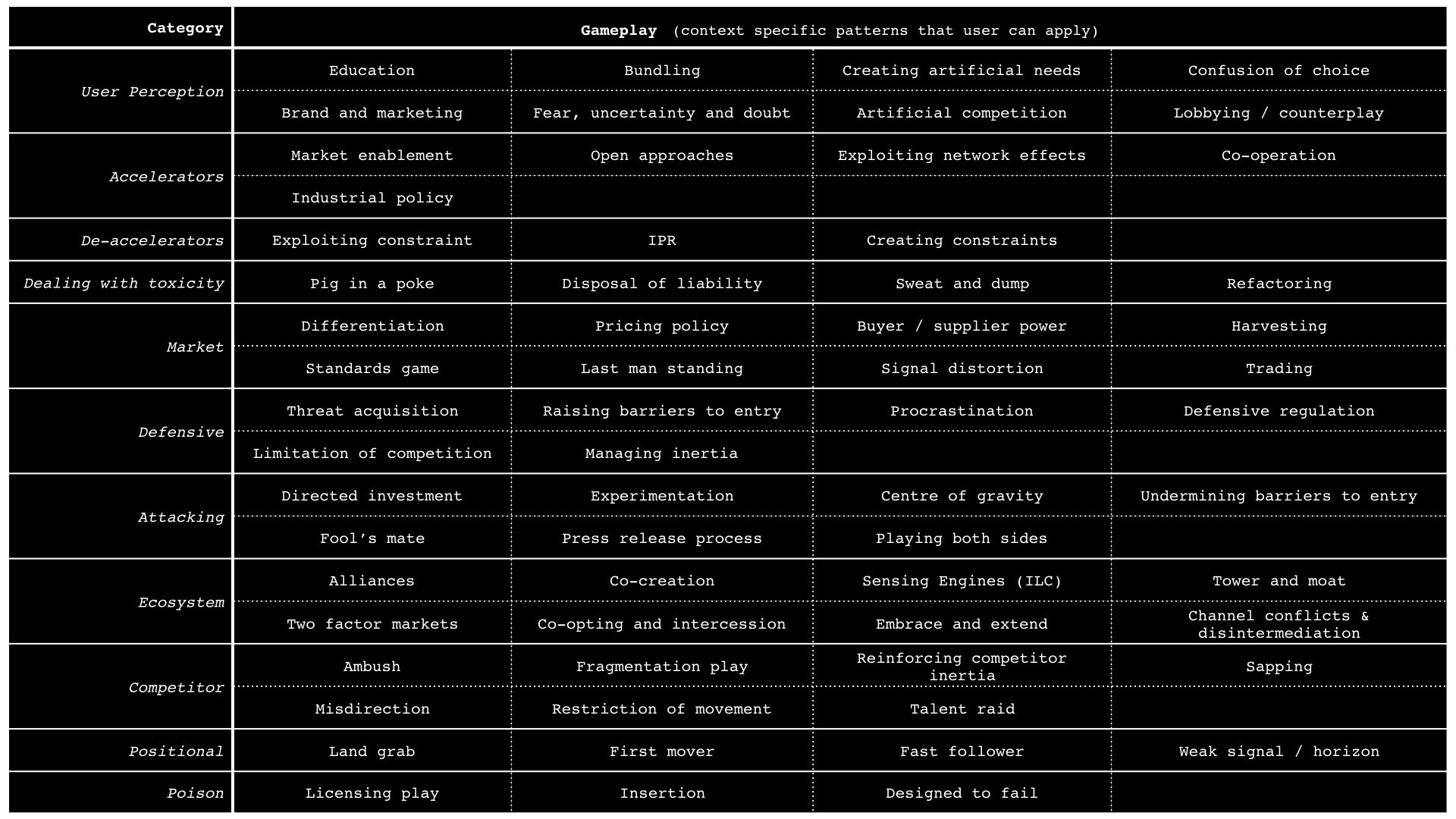 Exploiting first mover advantage especially with industrialisation to component services. First Mover and Fast Follower sounds like they would be complimentary approaches, but they actually apply to different parts of the map. While Fast Follower is about whether or not to invest in genesis phase research, First Mover is focused on whether or not to invest in taking a component from product phase to utility phase.[13]

Exploiting fast follower advantage into uncharted spaces. Let others do the expensive and uncertain research in the genesis phase, and only invest for yourself after they have identified a valuable use case. This strategy comes with some risks of of IP restrictions by earlier movers.[14]

Either through talent or misdirection, encouraging false moves in a competitor. Basically insert useful idiots into someone else’s process (e.g.on a standards board) that will slow them down.[16]